It is amazing to me that the term 'Pussy" is supposedly a sign of weakness -- oh that is by weak men.

OKAY EVERY IN THE NYPD INTERNAL AFFAIRS CCRB, NYPD Inspector General,  DEPT OF INVESTIGATION AND THE FAX DOI CIVILIAN COMPLAINT BOARD, plus CCRB anyone WHO HAS USED THE WORD PUSSY RESIGN THE SOONER THE BETTER!

THE NYPD DET SQUAD all defendants in my case all okay with the JOE TACOPINA style threat calling me a CUNT threatening to BURY ME destroy me if I take any action after I was savagely assaulted at Dr Andrew Fagelman's!


My 311 complaint against Richard Emery includes the woman who is suing him?  http://nyciloveyoubigtime.blogspot.com/2015/11/311-complaint-against-richard-emery.html

Cy Vance Bloomberg Ray Kelly Bratton OK to Call Me Cunt THREATEN to BURY ME but today Richard Emery Resigns over PUSSY Word Use
http://mayorbloombergkingofnewyork.blogspot.com/2016/04/ex-mayor-bloomberg-ray-kelly-misogynist.html   With Bloomberg, Ray Kelly and current gang calling me a cunt threatening me okay. 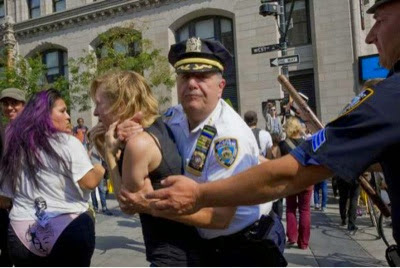 MY hope Mark Peters is next -- Mark peters lied to us all about 911  Tech contractors over billing is not stealing.....!!!!!!!!   Try telling a store you rob you were not stealing you were over billing.

Mark Peters had his secretary tell me to call Internal Affairs when I tried to report 911 Tech corruption and or NYPD Inspector General Eure another fraudster? NYPD IG and Tom Manhoney forwarded all my allegations to Internal Affairs....what a joke and Internal affairs won't give me status reports so I called Tom Mahoney comes from cop family and he won't either.


Pass the corruption buck but let's hope they get caught.... and everyone that past it pays a serious price failing the PEOPLE as they made off like BANDITS!


Dept of investigation a fraud that protects the political arm of the mayor in Mark Peters case still protecting Bloomberg gang 911 etc as well as current issues.....

Internal AFFAIRS MASSIVE FRAUD OVER COMPLICATED MESS LIKE THE 911 TECH SYSTEM AND COSTS A FORTUNE MONEY FOR MOSTLY NOTHING UNLESS FBI DECIDED TO BRIEFLY ARREST A FEW COPS SO THE PC CAN SEE IT IS NOT SYSTEMIC.

CCRB DID BUST INTELLIGENCE DIVISION LYNCH IN MY CASE -- MICHAEL BLOOMBERG' S BODYGUARD VIOLATED PROTOCOL AND INTERESTING BUT ON THE YOUTUBE OF IT I HAVE BEEN HARASSED AN ENORMOUS AMOUNT AND THE YOUTUBE WAS REPEATEDLY FLAGGED AND GOOGLE YOUTUBE REFUSED TO REMOVE IT AKA CENSORSHIP.


BUT WHEN IT CAME TO PROTECTING NYPD COERCION LYING THREATENING ME AT THE TIME CCRB LAWYER GRAHMAN DAW REFUSED TO KEEP THE CCRB CASE ALONG WITH THE BOARD BECAUSE HE SAID DET JOHN VERGONA TELLING ME HE DIDN'T CARE IF I HAD 2 BLACK EYES.  WHEN VERGONA'S LAWYER IN HIS APPELLATE BRIEF ADMITTED VERGONA WAS RUDE I STILL COULD NOT GET EMERY/ BRIAN CONNELL TO TAKE BACK MY CASE SO IS CCRB CORRUPT AND MISOGYNIST?  MY EXPERIENCE YES AND TWO ADMINISTRATIONS FIXED IT AND HOW  MANY OTHER CASES?


I WAS CALLED A CONFRONTATIVE CUNT MY GUESS MR NYPD RAPE COP DEFENDER WHO CROWNS HIS WEBSITE WITH ABNER LOUIMA JOE TACOPINA AND HE OR WHOM EVER USED A SOCK PUPPET ACCOUNT TO THREATEN TO BURY ME AND DESTROY ME AND TOLD ME NOT TO TAKE ACTION LIKE DELITA HOOKS SIGNED LETTER TO THE NYPD ALSO WARNING ME TO NOT COME BACK OR SHE WOULD RETALIATE AGAINST ME WITH YET ANOTHER FALSE CROSS COMPLAINT...


MY QUESTION HOW MANY NYPD COMMISSIONERS TO THE DEFENDANTS IN MY CASE USE THE TERM PUSSY -- DET JOHN VERGONA DID NOT SAY A WORD ABOUT ME BEING CALLED A CUNT BUT JOINED IN ALSO THREATENING ME YELLING AT ME YOU ARE GONG TO DROP CHARGES OR I AM GOING TO ARREST YOU.


CCRB Brian Connell I continue to wait for a response is CCRB going to take back my case?

To: Brian Connell
From:  Suzannah B. Troy
re:  CCRB Brian Connell I continue to wait for a response is CCRB going to take back my case?

Please let me know as soon as CCRB has made a decision yes or no.

It is now in legal documents in Federal court that Det John Vergona’s own lawyer concedes he was rude stating he didn’t care if I had two black eyes.

I continue to ask that my case be taken back.

Thank you.
POSTED BY SUZANNAH B. TROY ARTIST AT 8:32 PM

I think my CCRB testimony is at the very END....on the way to CCRB I saw Sheldon Silver and filmed him asked him if he is part of the corruption he later was taken down.... Who's next?

My new letter to Brian Connell -- he asked me to write a 2nd letter asking CCRB to take back my case.